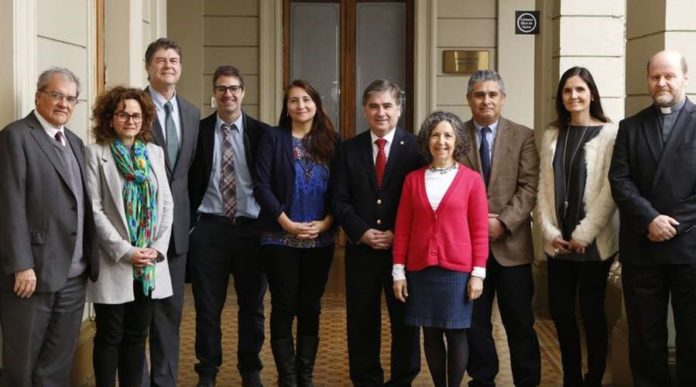 An alliance was created between the Pontifical Catholic University of Chile and the Foundation for Trust with the purpose of creating the Center of Investigation of Abuse and Early Adversity, known as CUIDA in Spanish. The authorities of both foundations were surprised by Pope Francis via streaming, who highlighted the importance of looking after children.

The Trust Foundation was created by victims of former priest, Fernando Karadima. They were received by the Pope in the Holy See in 2018.

Members of the association said the Alliance was unexpected and driven by the greater good. Jose Andres Murillo, activist of the foundation, stated that –clarifying no one has the absolute truth about the topic -, the only guarantee is the hard work and results achieved. According to the words from the headmaster of the Catholic University, Ignacio Sanchez Dias, the center will try to identify the social, cultural, and family aspects that enable abuse, as well as those who promote protection for children, and ease the trauma caused to the minor.

The investigation is expected to impulse public policies that allows to move to a more protective and respectful society for children and teenagers.

The head of the institution, Maria Pia Santelices, manifested that all the efforts from CUIDA will focus on repairing the traumatic experience children and teenagers have had.

During the agreement sign, which originated this center, they received a surprise intervention from Pope Francis, who celebrated this initiative to protect the heart of children from this kind of abuse.

His Holiness began by saying: “I want to be here on the day the Foundation Cuida comes into fruition. This foundation will not only take care of many cases of prevention and abuse, but it will also investigate and create policies to safeguard more and more children from abuse, manipulation, or anything that might destroy their heart.”

He also expressed that the allied sciences used in this center are focus on the heart of children. The name of the foundation also says a lot, it takes care of the heart with love. The activities of CUIDA will focused on three lines of research:

The initiative to create the center comes from the great amount of cases the Trust Foundation received, and that it will be in charge of reestablishing trust towards the Catholic Church. It will forward the repairing and prevention of abuse from relatives or people closet or people close to the family, institutions or religions.