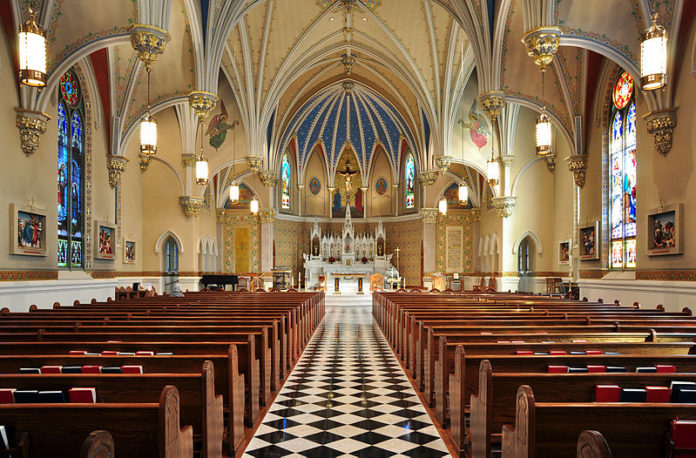 Missouri’s Attorney General, Eric Schmitt, made a massive accusation against members of the Catholic Church for cases of abuse, especially for ignoring cases of sexual abuse that occurred internally. For this reason, he gave a dozen former clergymen a criminal trial, during the period that New York reactivated old-data complaints for a year. The prosecutor, at a press conference, revealed that the investigation of diocese’s records of the state showcased that there are 163 people, among priests and other members of the clergy, accused of sexual abuse or misconduct against children.

Although about 80 defendants have already died. The prosecutor will assign a dozen names for proper criminal prosecution before the authorities. The prosecutor’s office said he gathered more than 100 victims of abuse and spoke directly with 45 victims or their families.

After a year of investigation, the prosecutor maintains that the sexual abuse of infants by members of the four dioceses that constitute the state of Missouri has been an unprecedented scandal. Even more, the church has focused its efforts on protecting priests, ignoring credible abuse reports.

The regular response to reports of abuse by church leaders was to transfer an offending priest, for a short time, to treatment and then reassign him to a new parish. All this, without revealing to any member of the old and new parish the reason for his transfer The victims received, at best, counseling to help in the case of abuse of psychological recovery.

Within the complaints registered by Schmitt, a single priest attacked 21 victims. This fact leads to assuming that the actual number of victims exceeds a hundred. The report presented to the American press by the attorney general contains more than 300 pages. Within all these pages, he reveals cases and accusations during the last 70 years. Schmitt will inform the local prosecutor’s offices at least 12 allegations of sexual abuse specific cases.

To obtain these results, a process has been carried out. In this process, more than 2,300 documents about priests, deacons, seminarians, and nuns, have been consulted. The documents were provided by the four Catholic dioceses of Missouri in the last year.

It was also known that the victims of abuse were part of families that were very close to the parishes. Also, the children actively participated in the masses, as altar boys.

The victims themselves struggled on trying to accuse any of the Church members. This was related to the esteem and affect the felt for the priests and bishops, for the special attention these religious men gave to these families.

Considering these facts, the attorney general recommended the dioceses to be more aware of life, the uses, and traditions of the religious orders.

With the new complaints, the country is living a hectic year in accusations of this nature, due to the wave of complaints filed in New York, following the opening of the temporary law that allows the presentation of extemporaneous cases, this year. Even if some of them were committed decades ago. And only in its first week of validity 85 people filed lawsuits against the Catholic church.