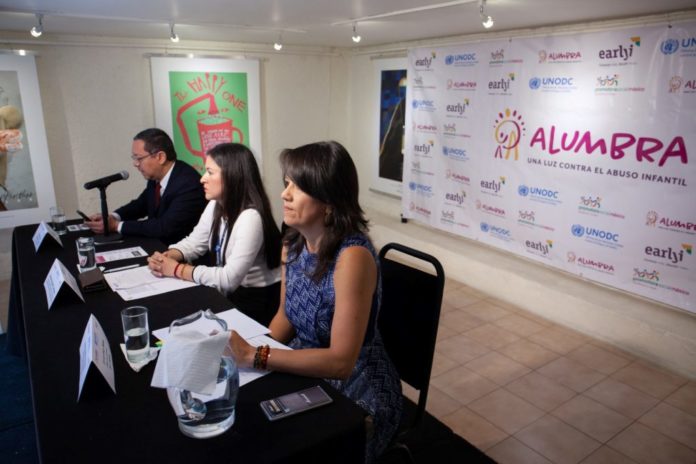 The Early Institute association presented an update of the document Diagnose on the Situation of Sex Child Abuse, which revealed that eight of 10 victims of sex abuse in Mexico are girls. However, it is difficult to know exactly the number of complaints filed for this crime in this country, this is due to the lack of data and the impunity to deal with the complaints of abuse to minors.

High Rates of Violence towards Children in Mexico

During the presentation of the document, the difficulties of knowing the exact number of denounces filed for sex abuse in children in Mexico, since there is not an established age Rank and some government entities do not specify the gender of the victims.

With this document, the Early Institute diagnose the context of violence against minors in Mexico. Moreover, there was data collected to have the exact figures regarding this topic and the impunity existing towards these crimes.

Some of the objectives of document’s update is to inform about the violence minors suffer, in general terms, and to denounce that the sentences for this crime are extremely low, thus revealing a high rate in impunity.

According to official information, for every 100 cases, only two receive sentence; regarding child abuse –as previously mentioned- the numbers are even lower, but there are not exact numbers.

Mexico has a problem with the typifying this crime, since there are 32 different Penal Codes, some of which do not typify sex abuse. Nonetheless, right now there is a penal code on the making to better typify crimes like child sex abuse.

Including Policies to Protect Children

Early Institute is known as a think tank. It is dedicated to the analysis and design of proposals to include policies that guarantee the well-being of children and the protection of four fundamental rights: life, health, education, and family.

The institution started a project to prevent Child Abuse in Mexico –which has the highest rates in the American country-, through the construction of a community of knowledge and information that generates scientific and technical evidences to strengthen the capacities to detect, analyze, and give response to said cases of abuse.

The development of the diagnostic document has the purpose to create informed dialogues and to generate solutions, suggestions, and public policies to prevent child sex abuse.

During the presentation of the latest report, representatives of The United Nations Office on Drugs and Crime (UNODC) were present. They stated there is legislative progress to reduce violence against children, however, due to the conditions of vulnerability, it its clear the risk persists.

Therefore, they must make sure justice and security and justice prevails; a challenge that must be executed under specific international standards and strategies according to each type. The UNDOC assists in this regard with preventive strategies like the creation of a video game for children and guidelines to know how to take care of themselves.