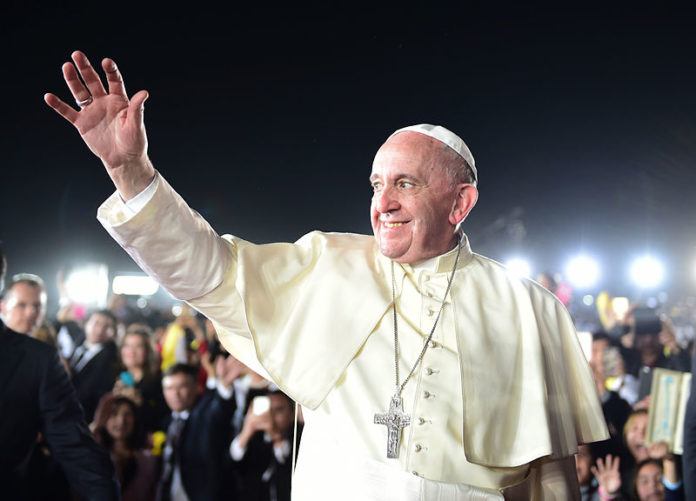 Pope Francis accepted the bishop John Jenik‘s resignation -who used to work as an auxiliary in New York- because he was accused of sexually abusing a teenager in the 1980 decade. The information was given by the Vatican, maintaining its compromise of applying the laws on the cleric members who have been accused of these crimes.

John Jenik was chosen to be an auxiliary bishop in the Archdiocese of New York in 2014. His job consisted of supporting the State’s archbishop with his functions. Since the last year, Jenik stopped offering public priestly activities and he moved from his parish in the Bronx. Also, he denied all the sexual abuse accusations against him.

On October 29th, 2018, he wrote a letter for his parishioners, quoted by the New York Times, he said: “I am still denying that I have abused someone at some point. For this reason, I will ask the Vatican, who has the maximum authority in these cases, to review this subject, hoping that they can prove my innocence ultimately.” Although the bishop affirms his innocence, Cardinal Timothy Dolan said that the archdiocese Laity Review Board concluded that the accusation was believable and founded, so they sent the case to the Holy See to do a deeper investigation. The reason for this is that the Pope is the only authority that may decide a bishop’s destiny.

This is the same archdiocese that received countless denounces for inappropriate sexual conduct against the former cardinal Theodore McCarrick. These cases forced accountability on the American ecclesiastic hierarchy.

New York’s attorney general announced a civil investigation on the sexual abuse accusations and the catholic diocese concealing. These unleashed a wave of cases aperture in over a dozen states within the United States, related to sexual abuse. In these cases, there are more than 1,700 religious linked to the church in this country that were denounced for inappropriate sexual conduct. The man who accused the bishop -Michael J. Meenan, 52 years old- affirms that he informed the archdiocese about the inappropriate relationship before doing the public denounce. Bishop Jenik became friends with the victim when he was around 13 years old, in the Nuestra Señora del Refugio church in the Bronx, where the religious man served as a priest from 1978.

For decades, the Vatican covered up or pretended not to see the cases where bishops or cardinals raped or harassed children and adults. This fact forced the maximum authority to take steps to make the church’s members this kind of conduct.

The law titled “You are the world’s light” forces the high hierarchies and other cleric members to report and inform their superiors about any believable abuse situation. Equally important, this law extends the responsibility to those church members who try to conceal or interfere with any civil or canonic investigation. However, even with all these measures, demanding reports in any abuse situation has not been enough. The Pope denied one of his cardinals’ resignation after covering a predator priest who sexually abused underage Boy Scouts during the ’80s and the ’90s.

In that opportunity, the French cardinal Philippe Barbarin requested his resignation to the Vatican, after being declared guilty before the penal justice because he did not inform the police about these cases. The request was denied by the Pope, who ensured that he would not accept his resignation while there was not a sentence in the court and the trial followed its course.

Cardinal Barbarin is the most important French cleric involved in the worldwide Catholic Church’s pedophilia scandal. He lives at the Lyon archdiocese.