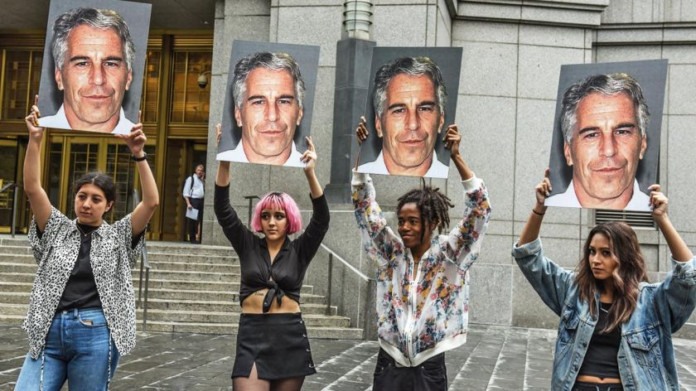 The recent scandal after the arrest of billionaire Jeffrey Epstein shows how money and power are helpful to be unpunished for many years. Epstein is accused of pedophilia, for having sexually abused girls, both at its offices in the city of Manhattan and the called Pedophilia Island. In the Caribbean enclave of St. Thomas everyone knows billionaire Jeffrey Epstein, owner of the Little St. James Island for more than 20 years. This island was transformed radically, after modifying its native vegetation surround the property with towering palms and plant two huge American flags on both ends.

In addition to private security, that would not let prying eyes approach the island, no one talked about what was happening there even though it was an open secret at vox populi. For residents it was an unpleasant subject, which became sinister when Epstein pleaded guilty of requesting and receiving a minor for prostitution. This confession gave meaning to this inexplicable need for privacy, why the property reached the denomination of the pedophiles Island and was considered the dark corner of the area.

The circle of friends and those who frequented the place are high-profile people, from politicians to major royal personages.

During the construction of the mansion, a former employee of Epstein -that wished to not be named-, said that the tycoon had available to his will five ships that were carrying workers from St. Thomas to the east of Puerto Rico.

The power to quiet others Before the arrest, the case was undusted in Florida, which costed him the job of secretary of Employment of the current administration, who was the prosecutor in the case of Epstein in 2008. sordid details of the pact that the controversy sparked were revealed in which the current attorney general (who takes the case of Harry Weinstein) was the advisor to the private firm that negotiated the agreement.

After the trial, Epstein seized to appear at the police every 90 days as a sex offender; even at that time it came to be asked for him to be deducted from the list of sexual predators.

It is estimated that about Epstein abuse charges dating back to 2001. His victims were between 13 and 16 years old and came from a lower social stratum. The tycoon offered them $ 200 to $ 300 to give him a massage at home; I also got to pay some of his victims to recruit more girls. This situation was repeated in the homes of Manhattan and Palm Beach counties between 2002 and 2005, together with the known Pedophilia Island.

2007 was accused of child trafficking for sexual purposes, to which he pleaded guilty in state court. He received a lesser sentence under house arrest in Manhattan that allowed him to go from his home to his office, agreement to which the Florida authorities came to in the 2008. There is evidence that he requested prostitution services of underage girls during his sentence.

Now, with this accusation it suggested that he was not just a sexual predator, but a man who treated women and children as hunting prey.

One of the victims of Epstein in Florida was recruited in the golf club President Donald Trump at Mar-a Lago, by the person closest to the accused, Ghislaine Maxwell, with the excuse of doing massages. The final plan was to use it for sexual purposes within the mansion Epstein and his friends.

During the complaint he contacted personalities of the British royalty, ensuring that the authorities were in possession of videos and photos of her in sexual activity with powerful friends of the accused.

The charges brought against the accused are not only for sexual abuse of minors, he also attempted bribing two potential witnesses in the case in which he is accused, where it was shown that the tycoon came to pay a total of $ 350,000 US dollars to two people so that they changed their testimony.

After being arrested, it was found throughout his residence Imminently pornographic material, indicating that a detailed investigation and a real process will take place, facing a sentence ranging from 45 years to life.