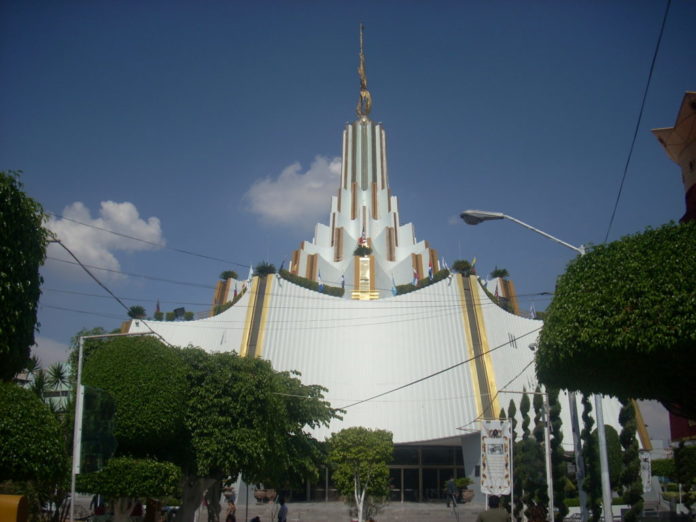 Naason Joaquin Garcia was accused of 26 charges in the city of Los Angeles, United States, for the crimes of human trafficking and child pornography, much to the surprise of the parishioners. Garcia is detain since June 4th and it was denied his right for a bail, and he is waiting for the audience on September 19th to know the date of his trail.

God’s Messenger on the Bench of the Accused The Church of the Light of World is one of the biggest evangelic churches in Mexico. It is in 58 countries and reunites, around, five million parishioners.

Since the year he became president, 2014, after the death of his father, Naason Joaquin kept a low profile until two events happened that put him on the public opinion.

After a controversial concert in his honor in the Palace of Beautiful Arts of Mexico, he was arrested in Los Angeles, California, on June 4th and accused of 26 charges of child pornography, child abuse, and human trafficking.

California’s District Attorney, Xavier Becerra, announced his capture, and said: “Crimes such as these ones have no place in our society. Period.” The prosecution indicates that between 2015 and 2018, Garcia and some accomplices committed sexual abuses, which lead to face charges of:

“Joaquin Garcia and his accomplices allegedly coerced their victims into performing sexual intercourse by telling them that refusing to any of their whishes or the ‘Messenger’s’ whishes would go against the will of God”, added the Prosecution.

Light of the World The biggest Evangelic church of Mexico has a new leader since 2014, following the death of Naason Garcia’s father, Samuel Joaquin Flores, thus making him a third-generation leader of this congregation.

The Church of the Light of the World was created by an ex combatant of the Mexican Revolution, Eusebio Joaquin Gonzalez, grandfather of the accused, who, in 1926, had an epiphany to restore the church created by Jesus Christ.

The Guadalajara-based church set the basis to what is known nowadays as Hermosa Provincia colony, the congregation’s main headquarters. From that moment on, and together with “Aaron”, the church mixed Hebrew religious traditions, New and Old Testament, Catholic Church, and elements of other Evangelic congregation, and claimed to be the true church founded by Jesus Christ.

It is not the first time Naason is accused of sexual abuse. On his early years there were rumors of him preparing young girls to provide sexual pleasure; he was accused of doing so.

His right for a bail was denied, stating that it must not be considered a declaration of guiltiness. In addition, a/v and photographic evidence of child pornography were found on the smart phones of the spiritual leader.