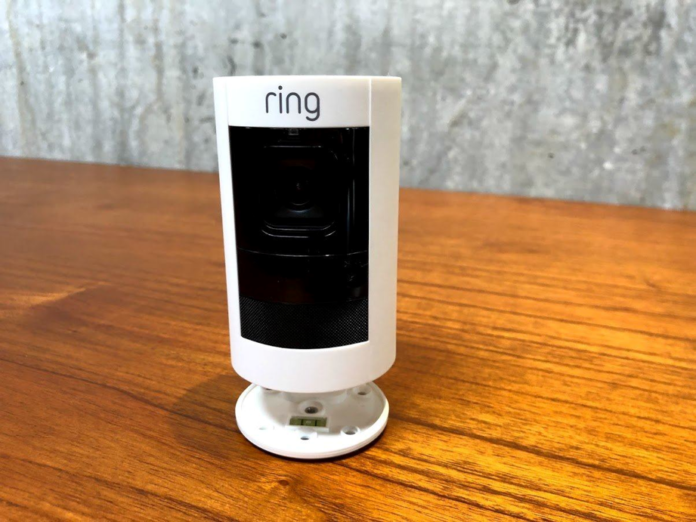 A video recorded in December 2019, with a smart camera Ring, show how an eight year old girl had a conversation with a unknown man that hacked the camera and posed as Santa Claus.

“I am Santa Claus, I am your best friend”

The voice coming out from the system said he was the Christmas character and her best friend. In the video, the girl is seen roaming around the room while asking who the man was. The man, after introducing himself as Santa Claus, also gives the girl permission to do whatever she pleases in the room. For several minutes, the male voice insults the girl and tries to persuade her so she misbehaves.

The video was recorded by the Ring camera, and later shared on social networks by the girl’s parents. The idea was to warn other families about the security measures they can take with this device.

The family said the security system was installed in the bedroom the girl share with her two younger sisters.

The images show a very frightened girl, calling for her mom. After this incident was known, other cases similar to this came became known, the only difference was that the girl was attacked with racial slurs.

Ring is an Amazon product. The company stated that this situation is nowhere related to the security breach. The web site, Motherboard, indicated that some Internet forums offer software to easily access these devices.

Likewise, Amazon’s recommendation was to do the necessary security adjustments like the two steps verification, for example, to prevent these kinds of breaches. IT security experts say that every device connected to the Internet can be compromised if the basic precautions are not taken into consideration.

This incident was about convincing a little girl to misbehave, but this type of privacy violations can expose minors to the wrong people, becoming part of a new type of harassment: grooming.

A Ring for Grooming Ring security cameras are meant to keep an eye on children while they are alone in their bedrooms, and to watch over their sleep hours. Nevertheless, these cases proved that a voyeur can take advantage of these cameras to spy children in the intimacy of their bedrooms and to get something more than just their privacy.

In Ring’s case, the two-step verification is the best solution to shield your security system, and to avoid these cases of invasion of privacy. Online harassment, or grooming, can be prevented with the followings measures: Recently, Microsoft presented a tool that can identify sexual predators that chat with minors. This tool uses an automatic technique which analyzes the conversation history and then decides if the thread should be notified. Afterwards, it scores the level of threat.

This tool is part of the Artemis project to fight grooming. It will be implemented in the text-based chats’ histories to evaluate and assets the characteristics of the conversation, and then it will score the content.

Human moderators will intervene to check the tool when the company considers it necessary. They will be able to identify the threat or a possible case of exploitation and child abuse, and report it to the police.

SO CREEPY! A hacker can be heard on an Amazon Ring camera speaking to a young girl watching TV. The man's voice said: “What are you watching? Hey, What show is that? I’ve seen that show before. What season are you on?” STORY: http://bit.ly/2RQxmUy

A stranger hacked into the LeMay family's Ring security system and interacted with Alyssa for nearly 10 minutes. Alyssa's mom wants to know how hackers were able to break the Amazon-owned product and compromise their privacy. Read more here: https://bzfd.it/2YW6eF2