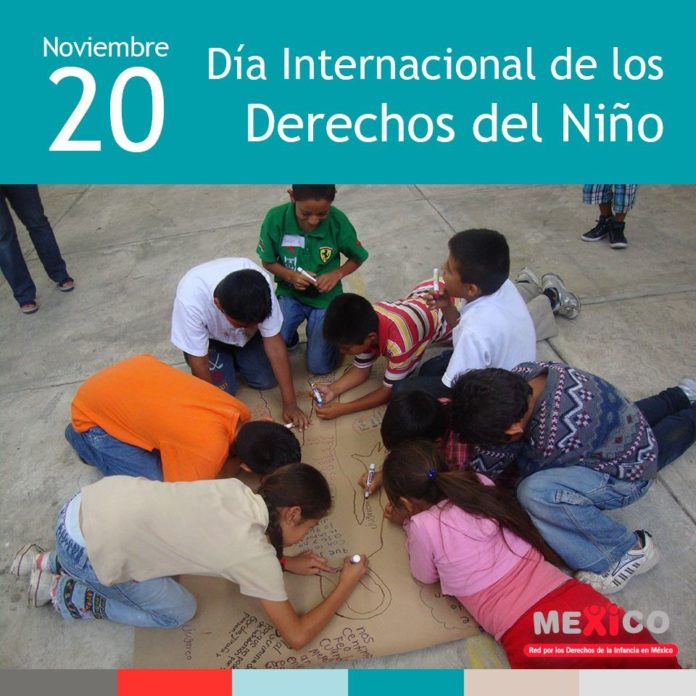 In Jalisco, Mexico, the First National Encounter for Children and Adolescents Rights was inaugurated, together with the first National Conference against Child Sexual Abuse.

30th anniversary of the Convention on the Children Rights

The rights were compiled during the meeting to discuss the guarantees and protections that children are given today, one of the most vulnerable sectors of Mexican society.

Authorities of the University of Guadalajara (UdeG), together with state and federal authorities, commemorated the 30th anniversary of the Convention on the Children Rights, an international treaty signed on November 20, 1989 and ratified by 196 countries.

It is estimated that, in Mexico, with a child population of 39.2 million, 63% of boys, girls and adolescents have suffered some type of violence. According to the Organization for Economic Cooperation and Development (OECD), each year approximately 4 and a half million girls and boys are victims of sexual abuse in the Aztec country. In the Jalisco Prosecutor’s Office there have been 1467 complaints of sexual abuse of infants so far this year.

Child sexual abuse is an issue that is becoming increasingly delicate. It is often committed within the family or by close people, which leads organizations such as the Attorney General’s Office to work intensively in the area of ​​prevention of this crime.

Besides, the responsible authorities provide boys, girls and adolescents with different protective elements that they should know in case of child sexual abuse. Therefore, the Attorney General does an emotional shielding job, which is carried out with minors from an early age, so they are able to recognize the progress of someone close to them.

Currently, the parents of the victims have dared to make complaints on behalf of their minor children. In practice, many of the aggressors were also victims of abuse during their childhood.

In Mexico, 6 out of 10 fathers and mothers do not know how to identify the symptoms that warn about sexual abuse in children, as well as facing or reacting to a sexual assault on children situation. The problem is that the majority of them do not even know the laws.

On the National Day Against Child Sexual Abuse, which is commemorated on November 19, the Civil Organization Guardianes presented the report Violence in Early Childhood, whose results are based on 400 interviews conducted throughout the country.

Many cases of abuse remain in ignorance, without treatment and with a high risk that the circle of silence will be repeated in a generational way. According to the report, 6 out of 10 fathers and mothers said they suffered some type of abuse during their childhood.

One of the key symptoms is the change in the child’s behavior. For example, those who are very active and suddenly cease to be like that. It is also important to notice when children are afraid of being around certain people or show signs of stress.