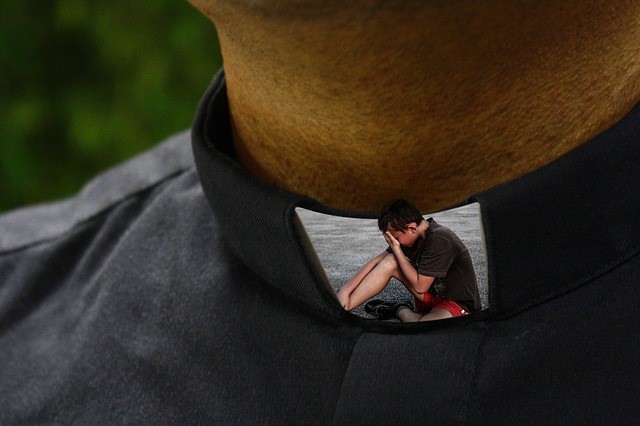 A child abuse victim was able to level accusations against a priest for his crimes, and later created a Change.org petition to make child abuse cases imprescriptible, and specifically asking for child rape cases to become non-lapsable, except in cases when the accused dies. Ricardo Raúl Benedetti, age 44, made the petition and accused priest Héctor Ricardo Giménez, while fighting to re-open one of the cases for which the priest was accused.

Benedetti thinks that the law has to consider the victim’s situation, including the necessary time for them to remember the crime and find the courage to accuse his or her attacker, a process that changes from person to person. Making these crimes non-lapsable would help with each person’s healing process as well as society’s. Likewise, more tools are necessary to prevent these heinous crimes. Raúl Benedetti was 8 years old when he was abused by a priest, but recently “became aware” of this, remembering the details of the crime over 40 years later. He is currently fighting for the law to re-open one of the three cases leveled against the priest.

To boost the petition, a campaign was launched on social media with the #PedofiliaSinPrescripción / #NonLapsablePedophilia hashtag, which holds Congress responsible for making the necessary changes so that child abuse cases become non-lapsable.

The Change.org petition has been signed by over 4.000 people only two weeks after its inception. Argentinian law has made reforms that benefit victims when it comes to reporting child abuse cases. 2015’s 27 206 law reformed the Penal Code once again in order to establish that, when it comes to these types of crime, time starts running from the moment an accusation is made, regardless of the victim’s age, reforming 2011’s Piazza Law and extending validity times.

The Piazza Law established that, when it came to child abuse cases, validity times started once the victim turned over 18. Back in 2015, the validity times were modified again to make it so that, regardless of the victim’s age, validity time started the moment an accusation was made.

While the petition asks for a legislative change, judicial law is already starting to recognize the non-lapsable nature of these types of crime, as could be seen in the case against priest Justo Ilarraz, who was condemned to 25 years behind bars for crimes committed between 1985 and 1993.

Last year, congresswoman Lorena Matzen presented a law project that establishes the non-lapsability of the different types of child abuse as recognized by the Argentinian penal system: