It was difficult to know who was the monitor who assaulted him, but the house sent them the photos of those who had participated that summer. And the little boy pointed to one face.

“One day, leaving school, my son told me that he wanted to explain something he had not told me before because he was ashamed. Something that had happened more than a year ago, at a summer camp. It was, I think, the last day. He hurt himself, and a monitor told him ‘let’s go to the bathroom to see what you’ve done’. And there he told him to pull down his pants and, well… he sucked his penis”. He was a little over 6 years old.

Many cases of sexual violence against children and adolescents arise like this. One day when for some reason they decide to tell. “Often they have the feeling that they didn’t like it, that it’s not good for them, even if they don’t understand it. And sometimes they manage to explain it, even if it is a year later,” explains pediatrician Anna Fàbregas, coordinator of the unit for dealing with violence against children and adolescents, which opened a few months ago at the Vall d’Hebron children’s hospital and where this little boy and his parents are treated.
Sexual violence is the most frequent among their patients.

“But often the adults to whom they go do not react, they look the other way, they tell them it can’t be. And they end up talking about it years later, when they reach adolescence,” says Fàbregas. Sexual violence is the most frequent among his patients.

The mother of this child, sexually assaulted at the age of 6 and a bit and who has just turned 8, recognizes that she was left in a state of shock. Many questions went through her head that she never asked: is it true? why now? did it hurt him? how did I not realize it all this time? what did I miss? “And, above all, what to do now”.

“We searched the internet in the midst of that state of absolute surprise and anguish. It was something I didn’t imagine we could come across. I didn’t know of any other cases.” They came across the Vicki Bernadet Foundation, which for decades has been dedicated to accompanying victims and fighting against childhood sexual abuse. They explained to them that it was important to manage the situation and calm emotions, that the most important thing was for their son to see that what he had explained provoked a reaction, that this would help him to calm down.
The Vicki Bernadet Foundation is dedicated to accompanying victims and fighting against sexual abuse in childhood.

They still didn’t know what steps to take, so they decided to start at the beginning: to help their son digest this situation. They were referred to the violence against children unit already operating at the Sant Joan de Déu hospital, where they were in turn referred to the one at Vall d’Hebron, which was closer to them and had just started operating.

“Right after he explained it to me, my son said that it came to his mind again and again and he didn’t want to remember it”. The most notable effect of the various sessions held with the psychologist at the Vall d’Hebron hospital unit has been precisely that, “in addition to feeling comfortable with her, he says that now he thinks less,” his mother explains.
“He explained it to me one day after school. It had happened more than a year ago, in a ‘casal’. A monitor took him to the bathroom.

Her son is a sensitive child. “And very talkative, like me”. That’s why the mother believes that, although she doesn’t quite understand what happened to him, she knows it’s not good. “Maybe the trigger for him to tell us is that he heard something about it and that helped him to verbalize it, but we didn’t want to go any deeper.” He feels calmer now.

At the first appointment with the team of pediatrician, psychologist and social worker, they explained the whole process to them. “They told us that they had contacted the juvenile prosecutor’s office and they contacted us. It went very well. We were very lost.

It was difficult to know who was the monitor who assaulted him, but the house sent them the photos of those who had participated that summer. And the little boy pointed to a face.

“We have filed a complaint. You have a lot of dilemmas. On the one hand, you feel responsible for preventing it from happening to other children. We had friends who sent their children to that daycare for the whole school year. On the other hand, you don’t want to expose your child to everyone asking questions about something so difficult for him. We think it’s important to keep his privacy. He’s 8 years old! If one day when he grows up he wants to tell, he will. But we don’t want to be the ones to make a mistake”. 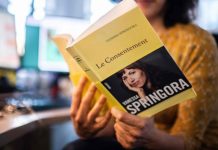 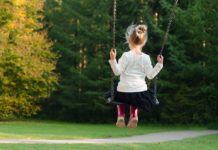 “Do not Remain Silent”: a new campaign against child abuse 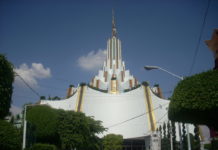 Pedophilia in the Church of the Light of the World